A Forest for Visitors 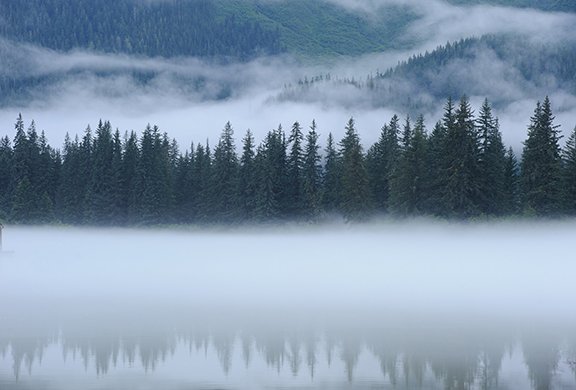 A Forest for Visitors

The water routes are the gateway for Alaska visitors. Most years, nearly one million visitors travel through the Tongass National Forest aboard cruise ships or the Alaska Marine Highway ferries. Local residents and tourists enjoy sailing, motor boating, kayaking and getting out on the water to fish.

Traveling through this watery world is a challenge. Roads between communities are rare. Only Hyder, Haines, and Skagway are connected to the North American road system. Roads connect many of the communities of Prince of Wales Island. The Alaska Marine Highway ferries serve larger communities like Ketchikan, Wrangell, Petersburg and Sitka. Tiny southeast communities like Coffman Cove and Gustavus may only be reached by boat or small aircraft, generally float planes.

Coastal temperate rain forests are found in wet, cool climates where the collision of marine air and coastal mountains causes large amounts of rainfall. In Southeast Alaska, rainfall varies from two to 20 feet each year, depending on location.

Ecologists use four featuresto distinguish coastal rain forests from other temperate forest types: proximity to oceans, the presence of coastal mountains, cooler summer temperatures, and higher rainfall levels with significant precipitation occurring in all seasons. These unique conditions lead to vital links between the marine and terrestrial environments. The rain forest ecosystem does not end at the high tide line, rather, nutrients are cycled throughout the system.

Coastal temperate rain forests foster a hugely disproportionate share of the world’s biological production. They accumulate and store more organic matter than any other forest type (including tropical rain forests)–as much as 1,000-2,000 metric tons of wood, foliage, leaf litter, moss, other living plants, and organic soil per acre. The adjacent waters are productive as well. The upwelling zones and cold-water currents that bathe the edges of coastal temperate rain forests account for a substantial share of the biological production of the oceans. The productivity of these marine ecosystems is enhanced by the nutrients and organic debris washed out of the coastal watersheds. Alaska’s temperate rain forests are comprised of thick stands of Sitka spruce, yellow-cedar, redcedar, and western and mountain hemlock. 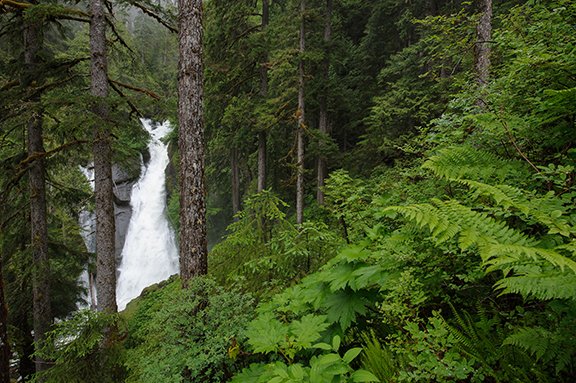